The Tenors of Ireland

Ciarán Sheehan, born in Dublin, Ireland, grew up on both sides of the Atlantic dividing time between Dublin and New York. After an introduction to The Irish Repertory Theatre in NYC, Ciarán met legendary Broadway director Harold Prince during The Rep’s production of Hal’s award winning play “Grandchild of Kings.”

Recognizing Sheehan’s talent, Prince placed him on Broadway six months after meeting him. Ciarán made his Broadway debut in “Les Miserables” (Babet, Marius), and shortly thereafter Prince cast Ciarán as Raoul in “The Phantom of the Opera.” After a year of playing Raoul on Broadway, Ciarán then starred in the coveted role of The Phantom. Sheehan sang the role of the Phantom in over 1,000 performances during the course of two and a half years both on Broadway and in Toronto.

Among Ciarán’s most memorable engagements have been four sold out performances at Carnegie Hall, performing the American National Anthem at New York Governor George Pataki’s inauguration and as soloist at the internationally televised memorial mass for John and Carolyn Kennedy Jr. The reviews of his performances speak volumes.

A graduate of the Manhattan School of Music, and recipient of the Liberace and Mae Zenke Orvis Endowed Opera Scholarships, Karl Scully kick-started his career in 2000 when he played the role of Count John McCormack in the cinematic film “Nora”, by Pat Murphy and Gerard Stembridge, starring Ewan McGregor.

Karl followed his on screen success by performing operatic roles such as: Don Jose in “Carmen” by Bizet; The Witch in “Hansel and Gretel” by Humperdinck; MacHeath, in “Beggars Opera” and Albert, in “Albert Herring” by Benjamin Britten; King Ouf in “L’etoile” by Chabrier; Paolino, in “Il Matrimonio Segreto” by Cimarosa; Ferrando, in “Cosi Fan Tutte” by Mozart; and Arturo in “Lucia di Lammermoor” by Gaetano Donizetti.

Daniel Curran has gained a reputation for his intensely intelligent performances in opera, theatre, and concert stages throughout the United States and internationally. A graduate of The Juilliard School, Daniel recently completed two world premieres: Martin Hennessy and Stephen Kitsakos’ An Incident in Sutton Square with The Studios of Key West, and Ted Rosenthal’s Dear Erich with New York City Opera.

Notable recent engagements include Bernstein’s Mass at Lincoln Center, Georgia Shreve’s Alice in Wonderland - Images of Dali at Carnegie Hall, and the Jerry Herman Memorial at the Lunt-Fontanne Theater on Broadway.

David O’Leary is from County Wexford, Ireland and has established himself as one of Ireland’s leading young tenors. Early roles in Brigadoon, Me and My Girl and The Boyfriend were followed by successful auditions for the Irish Youth Choir and the world famous Bunratty Singers at Bunratty Castle, Ireland.

David has also performed at some of the most prestigious venues in New York City including Waldorf Astoria, the American Irish Historical Society, Merkin Concert Hall, Madison Square Garden and Yankee Stadium. In Ireland, David has performed at major events including the All-Ireland Football Semi-Final at Croke Park, Dublin, in front of a stadium crowd of 83,000 and worldwide TV audience.

“The show’s greatest asset is the glorious tenor of Ciaran Sheehan, who brings a rich understanding and depth to familiar melodies,” – Howard Kissel of the NY Daily News.

“Scully had the most to prove, and prove it he did, with a wonderfully light voice and clear enunciation.” – The Washington Post

“Tenor Daniel Curran, his voice precise and penetrating, with careful diction and an affecting sense of seriousness. Mr. Curran ably met the demands of the role, which is written not for a booming modern tenor but for an haute-contre–simultaneously requiring intensity and preternatural poise.” – New York Times 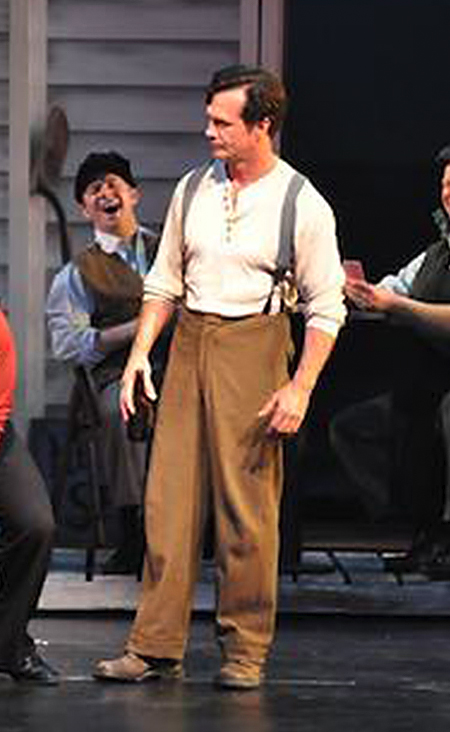 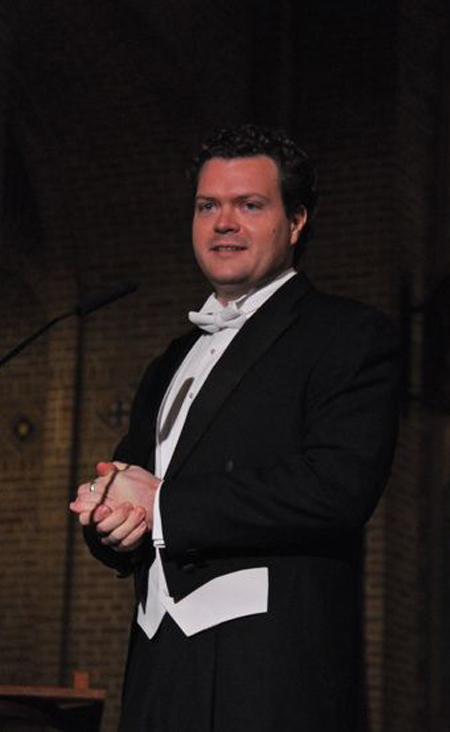 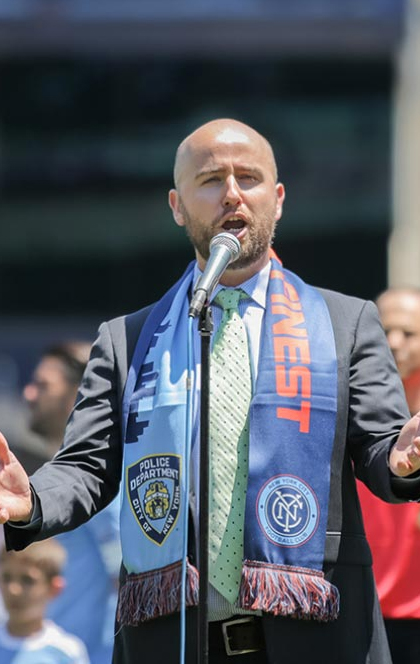