Two of the best in the business pair up to bring your audience the concert event of all time…. Marilyn Monroe and Dean Martin together on stage.

From such well known songs as That’s Amore, Everybody Loves Somebody Sometime, I Wanna be Loved by You, Diamonds are a Girl’s Best Friend, and a charming rendition of Baby It’s Cold Outside, this pair will take you back to the days of Vegas in the 1950’s.   Sharing stories and anecdotes about two of the world’s most famous icons, their performance will bring Marilyn and Dean to life in both story and song.

The kittenish Susan Griffiths is among the most well-known and recognizable Marilyns. She appeared in the 1994 film Pulp Fiction and starred in the 1991 TV movie Marilyn & Me. Griffiths also appeared in her Monroe persona in the TV series Nip/Tuck, and has many other TV roles to her credit. She has posed in countless photos as the platinum blonde bombshell, most notably appearing on a giant video screen nightly while Sir Elton John performed Candle in the Wind during his Red Piano live concert.

Andy DiMino was drawn to Dean Martin’s relaxed style of singing and began collecting CDs, videos, and books on the Rat Pack member, collecting for 5 years before he ever put on a tux and donned that famous cigarette. Andy’s role as Dean was best described: “He really has the manner, presence and voice of Dino down pat.” Andy has performed many shows in Las Vegas, Atlantic City, with big band/concerts and corporate events. Recreate a magical concert in your venue with these two legendary performers!

"Andy DiMino as Dino, is probably the most successful at sounding, looking and acting as the boozy crooner. From certain angles, he a dead ringer for Dean." - Pat Craig, Contra Costa Times Theatre Review‍

"The Number 1 Marilyn- she bears a striking resemblance to the world’s most endearing sex symbol" - Gina Piccalo, Los Angeles Times 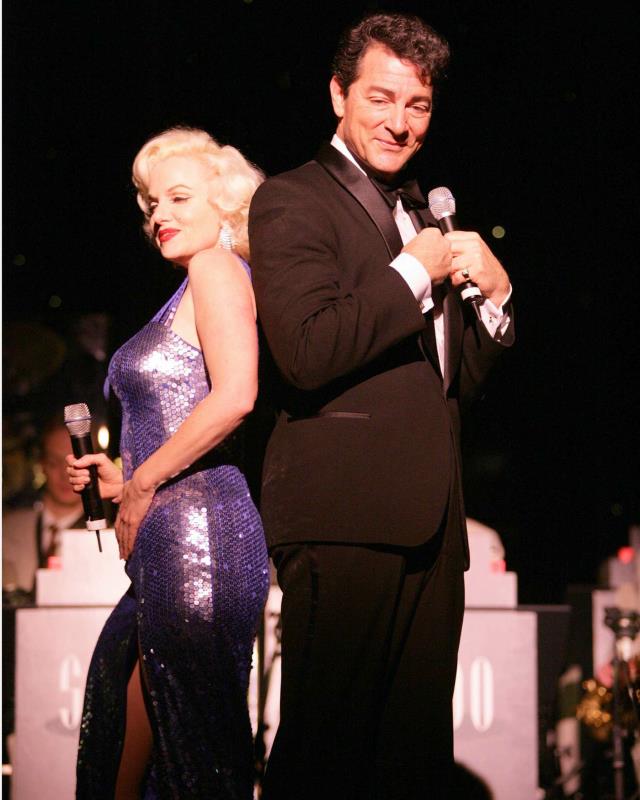 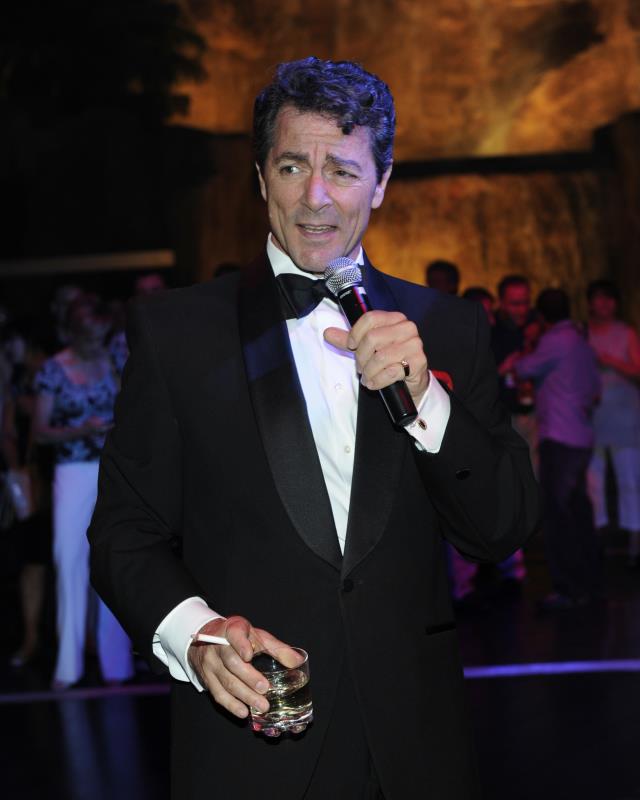 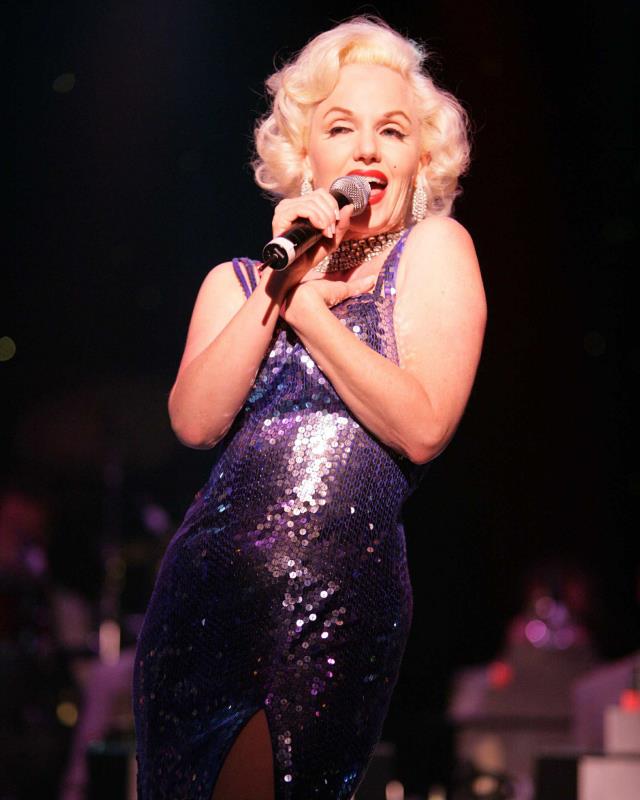 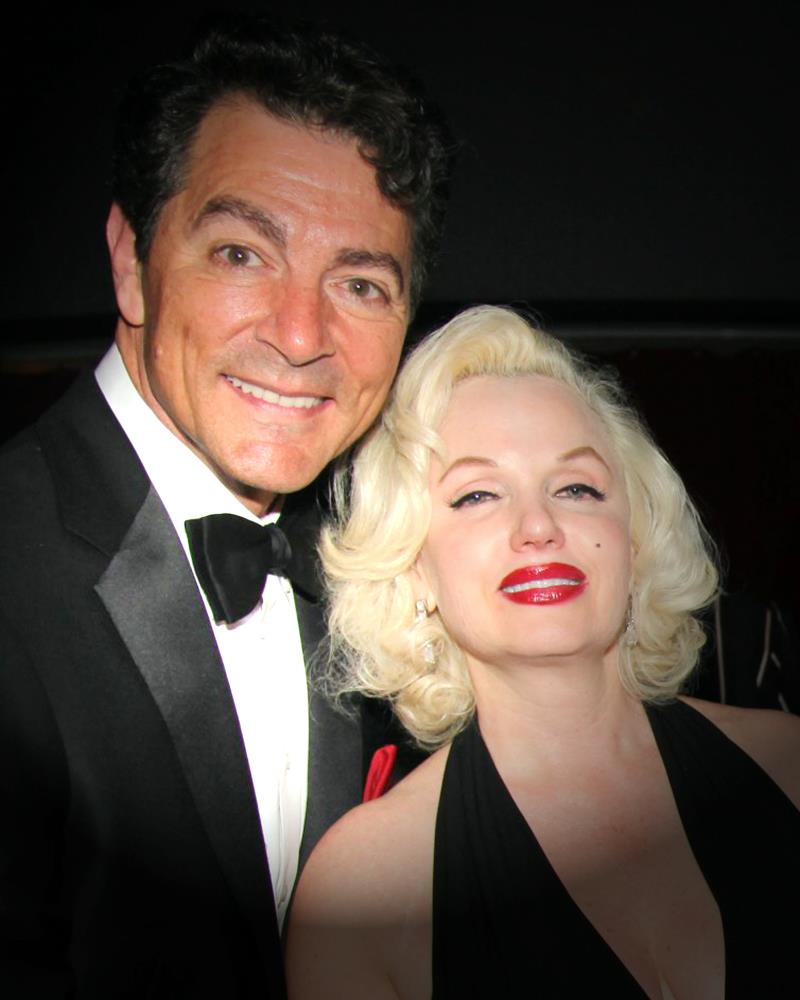 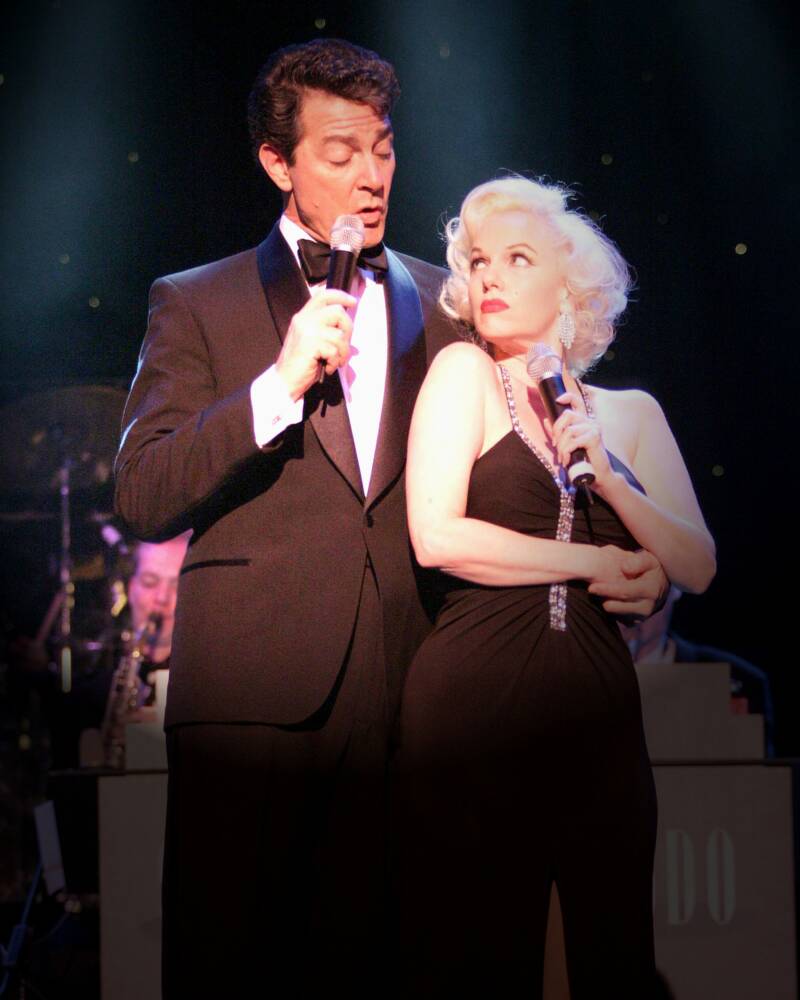