The sights and sounds of Ireland come alive in The Irish Cabaret! Andy Cooney once again brings a show surrounded by the finest in Irish Entertainment! This is a show that showcases Ireland’s Music, Song, Comedy and Dance as only Andy Cooney can bring it as he has for over 25 years!

The Irish Cabaret brings audiences some of the best Irish entertainment in the world. Treasured Irish compositions sung by a sweet Tenor voice and a beautiful young woman’s lovely high soprano charms every Cabaret audience, and lilting Irish wit tickles funny bones as only an Irish joke can. It is an exhilarating, distinctive blend of Irish music, laughter, and dance which creates an evening designed to please the entire family.

Andy Cooney has seven Carnegie Hall sellouts and a Lincoln Center full house under his belt. He tours extensively solo as well as with his creation, The New York Tenors. Cooney is also known for his annual Cruise of Irish Stars which draws over 1,000 Irish and Irish Americans on a Caribbean Cruise enriched with the finest Irish entertainment. Adding The Irish Cabaret to his schedule makes Andy Cooney one of the busiest entertainers on the circuit, and most certainly one of the most loved. His outstanding voice and dynamic stage presence have long been a favorite among Irish music enthusiasts. Andy’s talent, versatility, and flair for entertaining coalesce creating the ability to deliver a song directly into the hearts of any audience.  Andy is surely one of the greatest singing sensations on the Irish Music scene today; he richly deserves The New York Time’s description of him: Irish America’s Favorite Son. Cooney has recorded 19 albums to date, including Bright Brand New Day with Phil Coulter and his Orchestra, and his latest CD, Irish Country Skyline, was released in the summer of 2016 to huge success all over Ireland and the UK.

Mick Thomas is from a small town in County Wexford, Ireland. “That’s in the southeast of Ireland. It’s the Florida of Ireland, except without the nice weather… It’s 20 degrees out and people flock to the beach. ‘Oh God, it’s lovely out.” Thomas, who now lives on Long Island, is a staple on the New York comedy scene, sharing the stage with comedy greats like Colin Quinn, Dom Irrera, Louis Anderson, and the late Greg Giraldo; performing with Jerry Stiller and Christopher Lloyd; and headlining clubs like McGuire’s Comedy Club (where he recorded his first CD, Live at McGuire’s), the Comic Strip, and the Governor’s Comedy Club, among others. He also provides the comic relief from time to time for the PBS TV acclaimed Celtic Thunder. Many comics today measure their success by whether they get their own sitcom. While he wouldn’t turn it down, Thomas says his passion was, is, and always will be standing in front of a live audience, making them laugh.

Ciara Fox is a 26 year old Irish Folk singer from Greencastle, Co.Tyrone.  Finding her voice at a young age, Ciara’s dedication to her craft has been matched only by her drive to improve and evolve musically. With strong roots in Irish traditional singing, Ciara’s assured delivery, beautifully controlled ornamentation and innate ability to form an emotional connection between song and listener saw her win an All Ireland medal for singing in 2010.  Since then, Ciara’s confidence and maturity as a vocalist has steadily grown. Ciara now tours Ireland and the UK along with Comhaltas and performed solo on stage at the Millennium Forum, Derry.  Yet all this has been prologue. Ciara’s ambition to become a recording artist became a reality in 2021. ‘The Parting Glass’ EP was Ciara’s first release that July and her full-length album,’From The Hearthstone’ followed in December. to uniformly positive reviews-with plans in place to build on this momentum in the latter half of the year. With 2 new singles in the pipeline and a live show to rival any, Ciara’s star is surely on the rise.

The Guinness Irish Band is made up of the greatest Irish and Irish American Musicians on the Irish Music Scene today. This years tour will feature Jimmy Kelly on drums who’s amazing talent was appreciate with the world renowned show Riverdance.  Mitch Reilly on Sax, flute and Irish whistles is a veteran on the music scene today. He has tour with greats such as, Englebert Humberdinck, Brendan Lee and Celtic legend Phil Coulter.  Colm Graham is a 40 year veteran in the Irish Music world working with Ireland’s greats, Roly Daniels, Margo, Dermot Henry and has toured with Andy Cooney for over 25 years.

Emerald Fire Irish Dancers:  Dublin’s Irish Cabaret features the finest in Irish Dancing.  All of the dancers are highly trained and decorated with some of the most prestigious awards in the Irish Dancing World.  They will be sure to dazzle you with their amazing steps.

Cooney and his band took the stage to resounding applause. The entertainer wasted no time in swinging through an eclectic mix of Irish folk, jazz, rock n’ roll – and even disco. – John Turner, The Citizen, Auburn, NY

Cooney was the man who really brought the house down. – CBS Affiliate WCPX in Orlando, FL 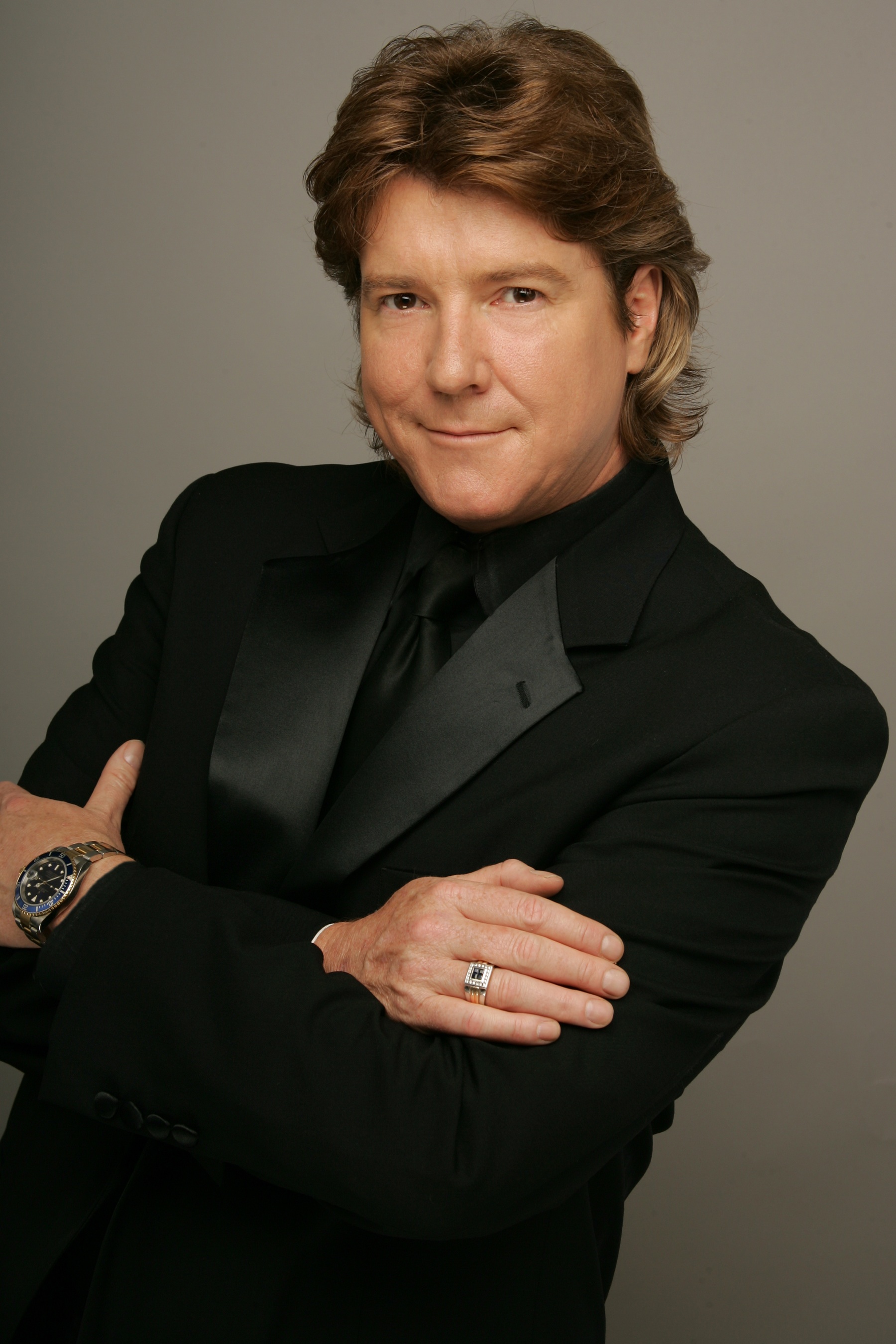 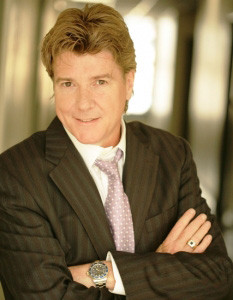 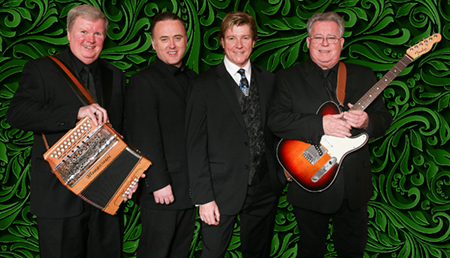 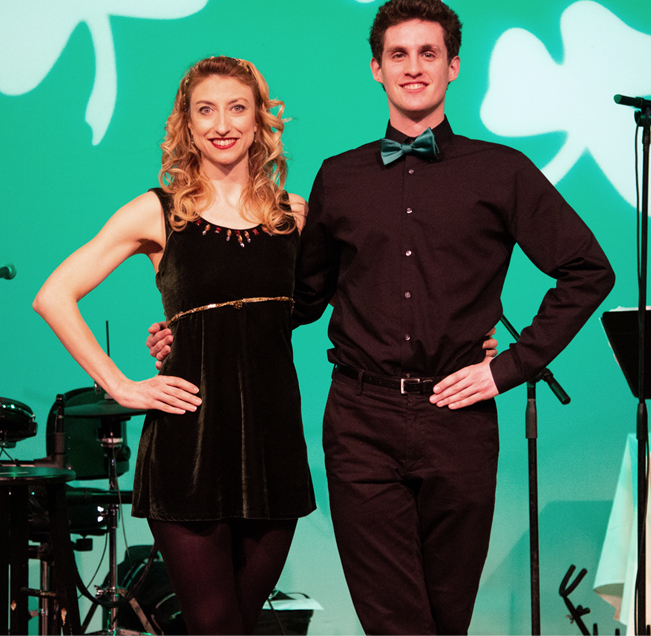