Wild World of Animals - Starring GRANT KEMMERER & FRIENDS. This is the Gold Standard by which all live animal stage shows should be assessed. Wild World of Animals is an exploration into the fascinating world of the wildlife we share with the planet; featuring live animals including some of the most majestic, interesting, bizarre, and critically endangered species in the world.

The fantastic animal lineup encompassing arthropods, amphibians, reptiles, birds, and mammals are the real rock stars of Wild World of Animals.  Grant Kemmerer brings about 16 guests to each show ranging from leopard, monkey, wolf, and badger to the critically endangered red ruffed lemur. Included may also be some of the largest of their species such as the eagle owl, marine toad, and dictator scorpions; as well as a legless lizard, cobra, alligator, and a 100 year old alligator snapping turtle.

Wild World of Animals is an entertaining and educational show in an intimate setting, presenting animals born in captivity displaying natural behaviors, facilitated by an extremely knowledgeable moderator and guide. These animals are not pets, they still have their natural instincts, but they have no fear of humans, and so, unlike their counterparts in nature, can interact more safely with them. During the program, Kemmerer stresses the importance of animals doing their jobs to keep nature working, and educates the audience to the loss of useable habitat leading to endangered species.

Born in Lancaster, PA and reared in Miami, Grant Kemmerer  became an enthusiastic animal advocate early on. Living so close to ocean and Everglades, Grant became a certified scuba diver, and then began guiding tours into the captivating Everglades, introducing people from all over the world to the ecosystem and its monarch, the alligator. After graduating from Florida International University, Kemmerer formed a company specializing in wildlife education and outreach programs.

Grant has performed live animal programs in 37 states for countless people, trained animals for movies and television, and is a guest lecturer for one of the leading eco-tourism companies in the world, often traveling to the Amazon and Galapágos Islands. He has accompanied researchers into the Pantanal in Brazil, and actively raised funds for conservation programs related to jaguars in the Pantanal. 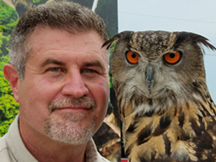 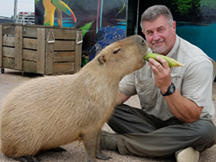 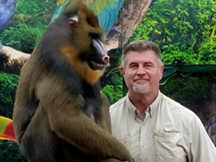 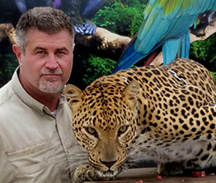