Carla Del Villaggio is a multiple award winning tribute artist entertaining audiences from Miami to Las Vegas to New York City presenting the music of the Greatest Star, the incomparable Barbra Streisand. From the hair down to the trademark nails, wearing meticulously detailed replicas of iconic concert gowns, Carla is Simply Streisand in every way. This amazing artist recreates the excitement and high energy vocals of Streisand’s most powerful numbers, while singing with the beauty and purity of sound essential for the ballads so closely associated with this greatest of all singing actresses.‍

Carla has entertained in theaters, Performing Arts Centers, and on the Legends Stage at the Imperial Palace in Las Vegas. As a cla\ssically trained Lyric Soprano, she was critically acclaimed for her superb interpretations of operatic leading ladies, and became a favorite of many opera companies in a wide variety of challenging roles including Lalume in Kismet, Lucy Brown in The Three Penny Opera, Nedda in I Pagliacci, and Musetta in La Boheme, to name a few.

A consummate actress and a natural comedienne with impeccable comic timing, critics compare Carla to the likes of Bette Midler and Carol Burnett, and consistently praise her for the beauty of her voice, commanding stage presence, and professionalism.

“The woman who reopened the room* was not Barbra Streisand, but a young singer named Carla Del Villaggio, who impersonates the mega-diva. She is a slight young woman with more than a passing resemblance to Streisand and has the Barbra shrug down pat and is especially adept at recreating the infectious Barbra giggle. Demonstrating a spooky ability to channel the icon, at times you would swear you were seeing a hologram of a teenage Streisand. She even captured the star’s particular way of narrowing her eyes while singing, during moments of intense concentration.” *Refers to the legendary Bon Soir nightclub where Streisand began her professional career. — Simply Showbiz
‍

“Simply Streisand was one of the best shows we have features at the Jewish Community Center! Your gestures, your face, and most important your magnificent voice were so real that if we were to close our eyes we would think Ms Streisand was on the JCC stage! — Harriet B. Weiss, JCC of Greater Orlando

The performance by Carla Del Villaggio was fantastic! Impeccable vocals! I would highly recommend this show for any Streisand fan. We had a sold-out house! A standing ovation concluded the performance. The audience loved it! — Dan Schmal, Director of Arts Programming, Wisconsin Lutheran College 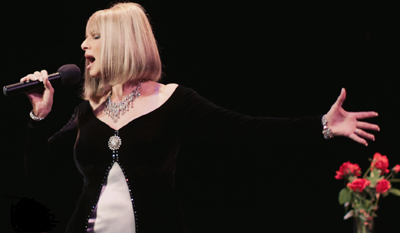 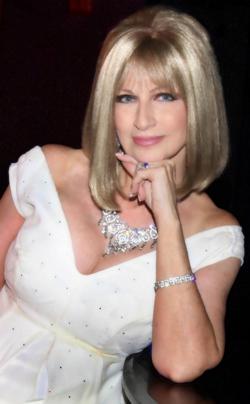