Haunted Illusions starring David Caserta - "I hope the magic you see will bring you back to that childlike wonder that you experienced when you were a kid."

David started his journey into the world of magic at the age of five, when his parents gave him a magic set for Christmas.  During the following years, David gathered his family in the living room to watch his magic shows. Using a fold out dinner tray as his magic table, he would demonstrate his newest tricks to an appreciative audience of four. He remembers, no matter if the tricks worked or not, his family always gave him encouragement and somehow managed to applaud his efforts.

David’s sister was his first “assistant” for his many illusion rehearsals in his family home. Unfortunately, that didn’t last very long. One time when he was rehearsing a levitation, gravity took over and she unexpectedly wasn’t floating anymore. After making sure she wasn’t hurt, she turned in her resignation and David went back to practicing.

Around the age of 10, David started looking in the phonebook under “magic” and called every magician in the area to find out how they learned their secrets. David even remembers calling a day care center with the word “magic” in the name to see if they taught lessons. Through this exhaustive search, he found a magic shop in Allentown, PA called “Magic World” that gave private lessons. He took lessons for 3 years to learn the fundamentals of magic.

One year later, David performed his first magic show for over 600 people at his elementary school Holiday event. His father was his first “soundman”. After a few minutes of feedback on the mic., his dad was able to learn the sound system.

Over the course of the next decade, David made quick advancement in his magical career, attending the only magic camp in the world and taking home a trophy in the stage competition. Hired to teach courses in magic at several colleges and universities, David went on from there to produce his first full scale illusion show to a sold out audience.

To complete his education in magic, David attended Muhlenberg College and graduated with a Theatre Arts degree. While he attended, David was a consultant to the theater department and developed magic for the plays and musicals. Eight shows per day.

David auditioned and was selected to appear on NBC's "America's Got Talent” and the CW's "Penn and Teller Fool Us.” He was then contracted to perform on International Television, filmed in Bogota, Columbia.

David invents and performs many original illusions that you will not see anywhere else. Featured in his performance you will see several illusions that David has spent up to 6 years developing. Incredible state of the art lighting featuring over 16 moving lights, themed music soundtrack, pyro smoke effects, and only the best and latest in illusion technology, this is a magic spectacular like nothing else on tour today! Audiences and critics agree, this is one show not to be missed! David has performed around the country the last 20 years presenting over 10,000 shows.

“I hope the magic you see in this current tour will bring you back to that childlike wonder that you experienced when you were a kid. If, for just a moment, you forget about any problems in your life and believe in magic once again, then I have been successful. Magic is special to me because it encompasses every aspect of theater: dance, choreography, directing, acting, lighting, sound, and set design. With every illusion, the magician must focus on all these different properties of the theater. That, to me, is exciting and motivates me to work hard to make each illusion magical. I want to create the illusion of impossibility and entertain you at the same time. It is your enjoyment that I strive for!” 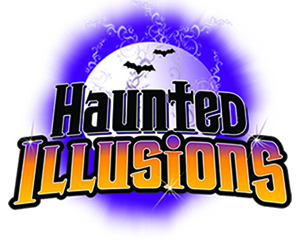 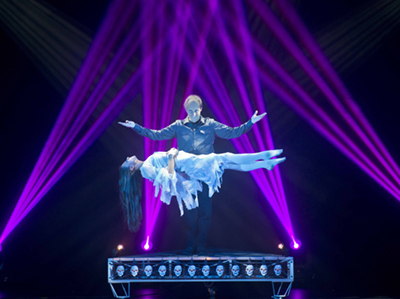 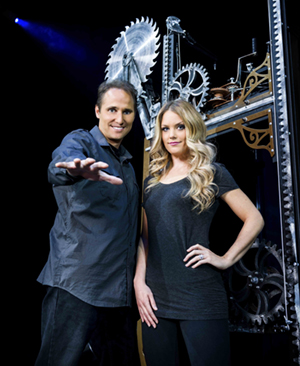