Affectionately known as The People’s Tenor, Michael Amante continues to be globally celebrated by audiences and critics alike. As a performing artist and actor, he has distinguished himself with versatility and an outstanding range of talents. Since his title role in a production of Oliver at age 6, he has been delighting audiences from all walks of life.

Today, Michael routinely sings a repertoire that includes Broadway, Jazz, Rock, Gospel, and American Standards, as well as the soaring notes of High Opera. Included in Michael’s many wide-ranging credits is an Emmy nomination for his self-titled PBS television special. In addition, he has appeared on many national television programs including ABC’s The View, Emeril Live, MSNBC’s coverage of the Columbus Day Parade, Live with Regis Philbin, The Song Writers Hall of Fame, and a number of made for TV movies for the LifeTime Network. He has also been heard on several national television commercials including Heinekin and Panasonic.

Michael has been crowned The Prince of High C’s for his remarkable ability to sustain with ease one of the most desired notes of a tenor’s voice; however his range includes High E and F with a strength and consistency seldom heard elsewhere. Michael has a long history of singing popular Rock and Gospel music, coupled with extensive Italian Bel Canto training by some of classical music’s most celebrated singers. Michael’s artistry drew its highest praise from none other than The King of High C’s, Luciano Pavarotti, the most prolific tenor of all time. Pavarotti immediately recognized Michael’s unique talent after he performed a soaring tribute and was quick to commend his vocal prowess. Another high-class commentator who endorsed Michael, was opera legend Franco Correlli, with whom Michael trained. Lavish in his praise, Correlli is noted as saying that Michael has one of the finest voices he had ever heard.‍

Michael’s stage appearances include leading roles in West Side Story, Jesus Christ Superstar, Grease, Lil’ Abner, Puccinni’s Madame Butterfly, and La Bohéme, as well as Cavaleria Rusticana. More recently, he portrayed the lead role in the musical, Chess, for which he received outstanding reviews. His live concerts with some of the nation’s best symphonies include music from The Phantom of the Opera, Les Misérables, Italian classical, and songs from treasured American composers. He has showcased his talents in front of a myriad of A-list celebrities, four US Presidents, and Pope John Paul II. On a larger scale, Michael has appeared in front of capacity crowds of over 80,000 at Giant’s Stadium, as well as numerous sports venues including Madison Square Garden, Citifield, Camden Yards, Foxboro Stadium, and Arthur Ashe Stadium in New York City. His sold-out venues consist of Carnegie Hall, Lincoln Center, Heinz Hall, and the nation’s top performing arts centers, renowned casinos, and luxury resorts including Foxwoods, Mohegan Sun, The Hard Rock, St. Patrick’s Cathedral, The Crystal Cathedral, The US Capital, and The United Nations in New York City.‍

Michael is a true patriot and the son of a decorated World War II Army Air Corps veteran, a pilot of nearly 100 combat missions. One of his most personal projects is a patriotic recording titled Amante Salutes America, profits of which are donated to the nation’s disabled veterans. It was from his father and mother that Michael acquired his love of classical composers, as well as a sense of pride in his American Heritage. Michael Amante is the father of three and is married to inspirational author/speaker and award-winning journalist, Ann Marie Ganness.

"Both the voice and the charisma of a Cross-Over Star!"— The New York Times 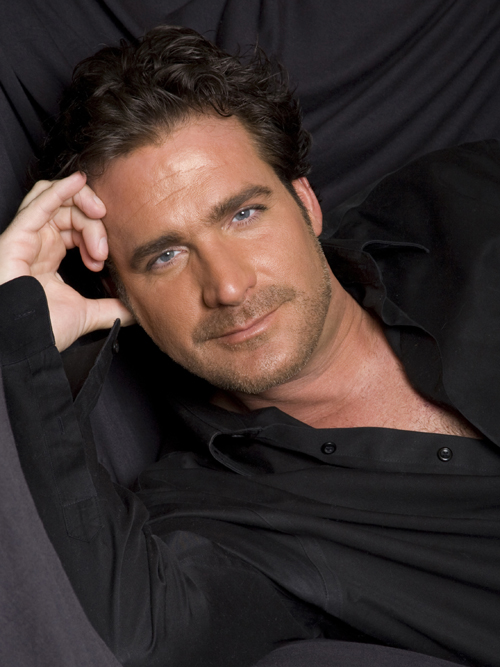