It’s a long way from County Clare, Ireland to Las Vegas, but that is the road that comedian - entertainer, George Casey has traveled (and all stops in between) to fulfill his life’s mission: To make people happy!

George Casey’s self-deprecating humor, tempered with his Irish brogue, has won over audiences across the country. Casey’s humor is always in good fun and gets the audience involved. He relates well with his audience and is a good communicator and keen observer of human nature.

While he loves to poke fun and tease any and all ethnic groups, his style of humor is done in good taste and is refreshing. With his disarming smile and likable personality, he can charm the habit off a nun and put a smile on the face of even the most politically correct person.

Throughout George’s career he has been an opening act for the following artists: Bobby Vinton, Rosemary Clooney, The Osmond Brothers, Tony Kenny, Andy Cooney, Lou Rawls, and The Three Dog Night.

The King of Blarney - George Casey was born in a remote seaside village on the west coast of Ireland legendary for its storytelling.  Growing up in a large family, George saw humor everywhere and honed his skills as a comic at the expense of his brothers and sisters.

In 1970, George immigrated to this great country and worked to earn his citizenship.  With his wife and children, he now calls Branson, Missouri home.  For over 30 years now, George has been entertaining audiences all over the US with his self-deprecating sense of humor and clean jokes and stories.

Some of the acts George has opened for and toured with include Rosemary Clooney, The Osmond Brothers, Ray Price, Three Dog Night, Brooklyn Bridge, Donald O’Connor and Bobby Vinton.  George performed with Bobby Vinton as his Special Guest Comedy Star in Vinton’s Blue Velvet Theatre in Branson, Missouri until its close in 2002.  He has performed at Caesar’s Palace, The Sahara, and is a regular act at The Riviera Hotel and Casino in Las Vegas.

McDonald’s, Hasbro, AT&T, Lucent Technology, and Panasonic are just some of the major corporations who have contracted George for their private events.

George spends most of the year cruising around the world working as a headliner for all the major cruise lines including Seaborn, Regent Seven Seas, Crystal, and the Queen Mary II. 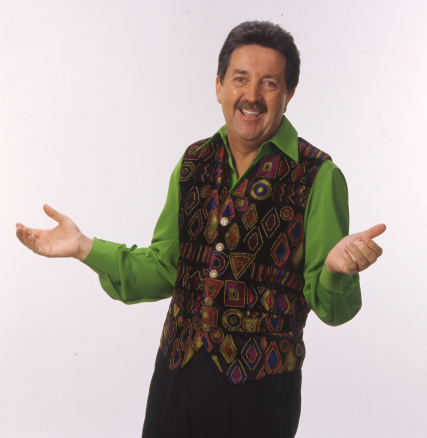