I've Got a Little Twist is were The Mikado meets The Music Man.  Where the HMS Pinafore sets sail for Brigadoon.  Where The Pirates of Penzance takes shore leave On the Town. It's I've Got a Little Twist - a one-of-a-kind show that proves the Gilbert & Sullivan repertoire is as fun, fresh, and full-of-life as - well - Three Little Maids from School!‍

See for yourself as New York Gilbert & Sullivan Players celebrates the legacy of Gilbert & Sullivan in American musical theater, featuring favorites from Rodgers & Hammerstein, Bernstein, Sondheim, Lerner & Lowe, Meredith Willson, and Jerry Herman.  Life is a cabaret and so is this show - and as we all know, it's always more entertaining when you add a little twist.

"New York Gilbert & Sullivan Players mission statement is “Giving vitality to the living legacy of Gilbert & Sullivan.” I’ve Got a Little Twist does jus this and in the process gives one of the freshest and most heartfelt performances that I’ve seen the company do in years." — Daniel Kelly, mytheatre.com‍

"…The overall effect is very interesting, well paced and extremely entertaining. The singing is first rate. And it’s quite funny." — Oscar Moore, talkentertainment.com 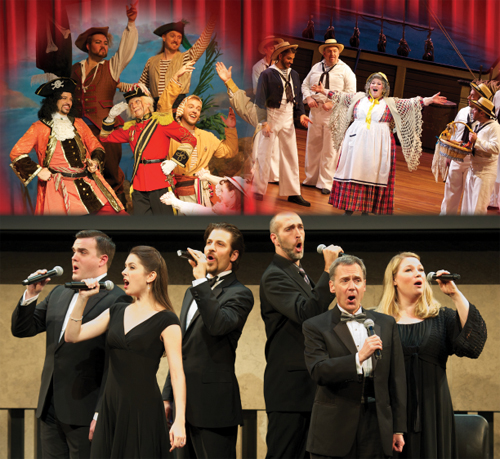