Four kindred spirits, Celeste Ray, Maria Banks, Carol Crittenden and Alison Crossley joined forces to create a vibrant, vivacious and fresh Celtic group for the enjoyment of their many fans.   Focusing on the music and poetry of the ancient Celtic tradition, their instruments and harmony-singing style transport audiences to the enchanted kingdom of the ancient isles.

Four Celtic Voices’ album Four Leaf Clover debuted at No. 1 on the Billboard World Music Chart and in the Top Ten on multiple Heatseekers Charts (May 2009).  They are currently recording their new CD, Four Celtic Seasons, which features songs for each changing season.  Presenting a wide range of repertoire, from popular titles Danny Boy and Molly Malone to original psaltery dances, jigs and reels, Four Celtic Voices raise their voices in lush three–part harmonies while performing on authentic Celtic instruments.

Celeste Ray, founding member of Four Celtic Voices, began playing piano at age six and today boasts six CD recordings to her credit.  Los Angeles Times exclaimed, “Celeste’s voice is a warm and pleasant instrument…” Ray’s performances on double Bowed Psaltery are of the highest technical caliber and Celeste's vocals are also a big part of her signature sound. She has performed at Carnegie Hall in New York under the direction of famed composer John Rutter, Government House in Brisbane, Australia, and recently as a guest artist for Pete Seeger in New York City.  She also writes, directs and produces the ensemble.‍

Maria Banks started playing the harp at the age of seven; within ten years she debuted as a concerto soloist with the Syracuse Symphony Orchestra.  Ms. Banks has performed for several operas and musicals including Wagner Ring Cycle, A Chorus Line, and The Fantasticks, Maria’s exquisite performances have been featured on NBC, at the 2000 Summer Olympics in Sydney, and live on CNBC.  She has also performed extensively throughout the US, Japan, Puerto Rico, and Australia, including several festivals such as the International Jazz and Pop Harpfest and the Festival del Desierto in Mexico.‍

Carol Crittenden began her love of music at an early age and is known to light up the stage when she performs. As the daughter of esteemed opera director/teacher, Richard Crittenden, Carol's love of music now expresses itself through her many virtuoso singing and songwriting styles.  A professional actress and musical theatre performer, she has worked with the New Vic Theatre of London, performed in regional US tours, and various productions in New York City and Los Angeles.  Carol was a featured soloist on the CBS television special, An American Christmas.‍

Alison Crossley, a New Jersey native, received her Bachelor of Fine Arts Degree in Flute Performance from Carnegie Mellon University and her Master of Arts Degree in Music Performance from New York University.  Alison has performed nationally and internationally as an orchestral and chamber musician.  Highlights include appearances at The Tribeca Film Festival, The National Flute Association, and The Greater Boston's Flute Conventions.

"Sold-out audience for Four Celtic Voices holiday show at The Egg  Playing flute, a Celtic harp and the bowed psaltery, the four women sang and played traditionals and contemporary fun originals.... The combination of voices was rich with character... and wonderful mix of harp and bowed psaltery filled every corner of the hall with a lush sound." — The Daily Gazette, Albany, NY

"Beautiful! ... The words telling tales everyone wants to hear. The totality makes a noise that cloaks the soul. Lovely." — Rob Worby, Radio 3, BBC

"One of Celeste’s distinctive calling cards is her skill with the bowed psaltery...the sound is at once fresh and other-worldly." — Los Angeles Times 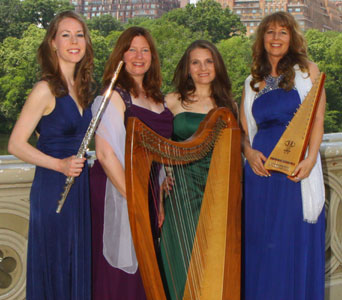 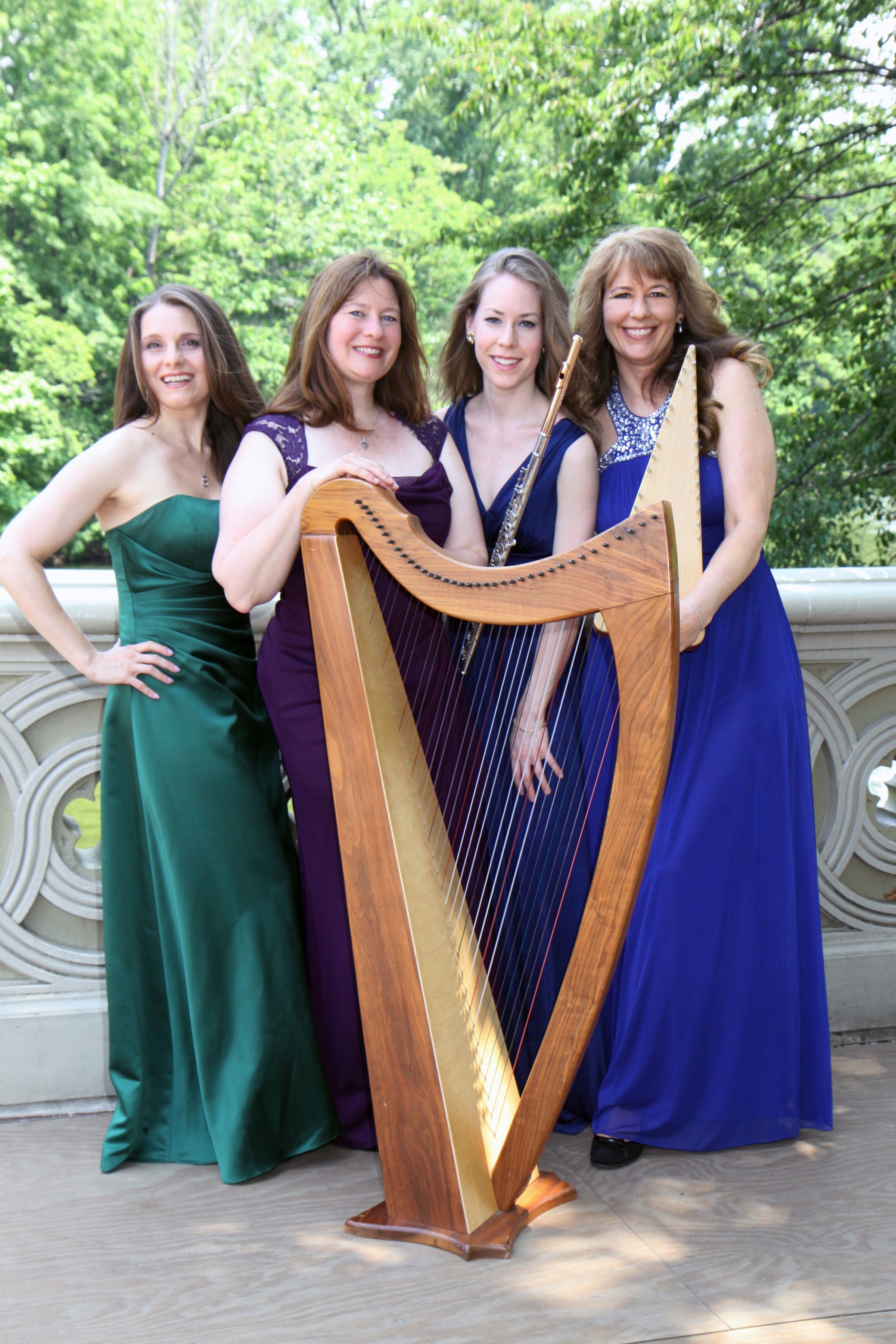